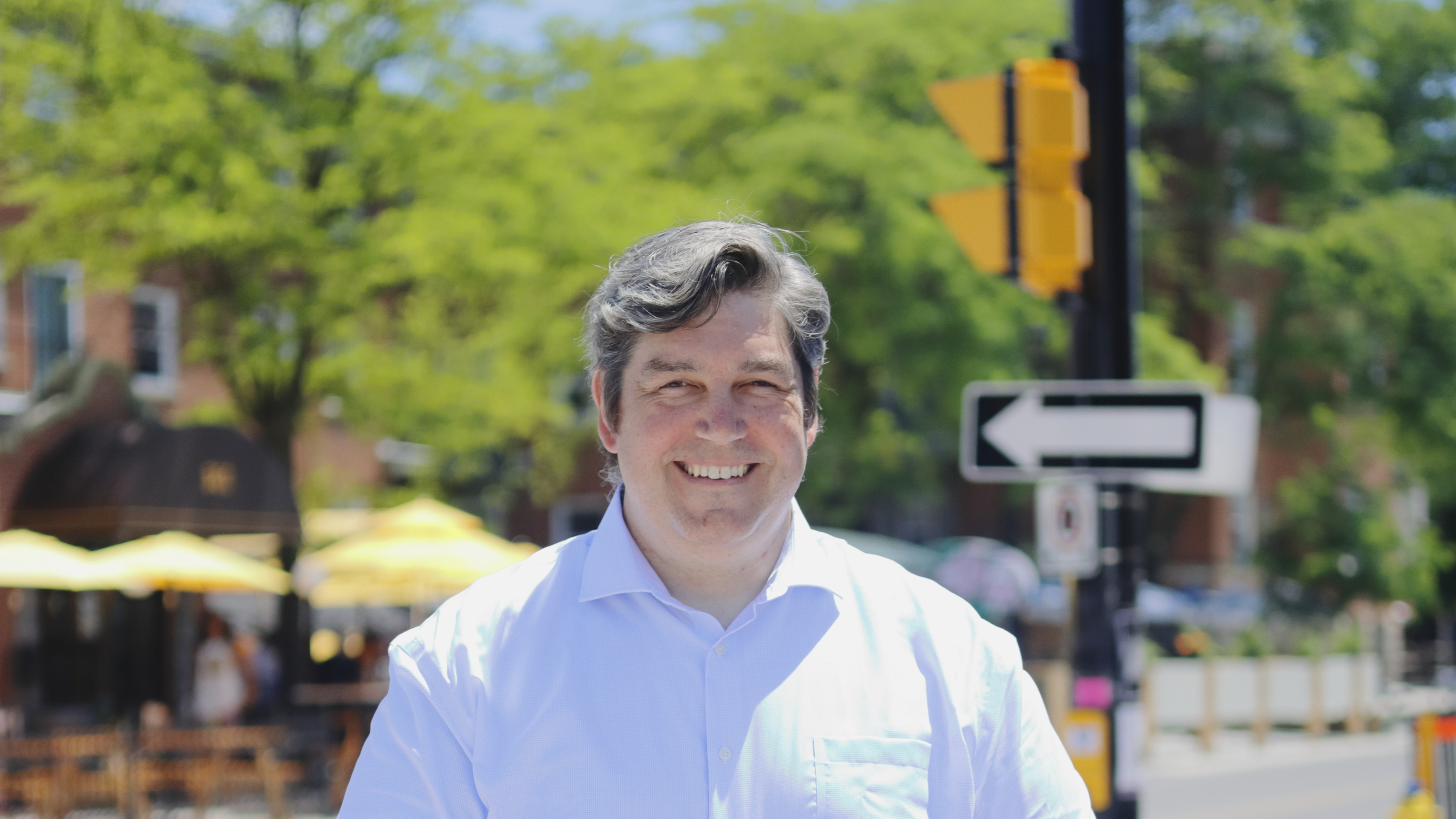 A long-time resident of Centretown, Stuart MacKay is a historian, writer, transit advocate, and community activist. Born and raised in Ottawa, Stuart completed a PhD in History at Carleton University. In addition to his research and teaching responsibilities, he was also active in student government. Stuart’s writings on American political history have been featured in books, journals, and in publications such as the Hill Times, iPolitics, and the Washington Post. He currently works for S.i. Systems, Canada's largest IT staffing agency.

In 2019, Stuart was elected to the board of the Centretown Community Association (CCA) and served until January 2021. Alongside a dedicated group of community volunteers, Stuart helped to increase the CCA’s membership, facilitated community conversations with small businesses in Centretown dealing with the impact of COVID-19, and helped to establish the successful and popular Elgin Street Market at Boushey Square.

Stuart is also a co-founder of Ottawa Transit Riders, a member-driven organization that advocates for more affordable, reliable, accessible, and safe public transit in Ottawa. Ottawa Transit Riders has been at the forefront of transit advocacy in Ottawa by urging better levels of service, seeking equity for ParaTranspo riders, and fighting against fare increases. During the trucker convoy occupation of downtown Ottawa, Stuart pushed for more security to protect riders from being harassed on the LRT and in the downtown stations.

As a candidate for councillor in Somerset Ward during this municipal election on October 24, 2022, Stuart supports building a livable and accessible community for all, with more affordable housing, the renewal of civic infrastructure like sidewalks, and the creation of more parks and greenspace. As a long-time renter himself, he will be a strong advocate for renters in Somerset Ward. Stuart wants to take a leading role in reinventing Ottawa’s downtown and will advocate for a revitalized downtown core with housing and services where people can live, work, and play. Finally, Stuart will bring new, ambitious leadership to Ottawa City Hall that will deliver real results for the residents of Somerset Ward.